'AL-TV' (sometimes named "Weird Al" TV) was a show on MTV starring "Weird Al" Yankovic. Episodes have been made from his album In 3-D to Straight Outta Lynwood before ripping it off air due to copyright reasons (like fake interviews that he features on the show). He mainly watches videos that he wants to watch! (For example his own music videos.)

This is a list of episodes of AL-TV, the day they first aired, the length of the episode (with commercials), and links to the episodes.

The following is a the list of his Al Music specials, with the day they first aired, the length of the episodes and links to the episodes. All specials have been uploaded on MuchMusic. 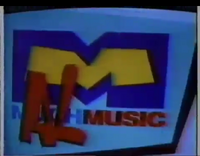 On every episode (with the exception of Al TV #7) he creates fake interviews by taking clips of a real interview with a celebrity and making it appear that Al is asking them questions. Here is the list of interviews:

Retrieved from "https://weirdal.fandom.com/wiki/AL-TV?oldid=14291"
Community content is available under CC-BY-SA unless otherwise noted.