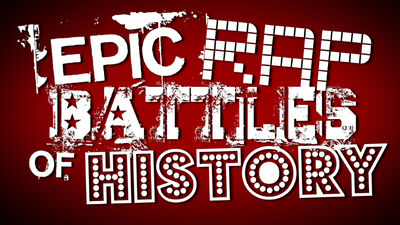 Epic Rap Battles of History (ERB or ERBoH for short) is a YouTube video series created by Peter Shukoff (Nice Peter) and Lloyd Ahlquist (Epic Lloyd), and produced/distributed by Maker Studios. The series consists of famous historical or pop culture figures, both fictional and real, against each other in a rap battle. Originally posted on Nice Peter's channel, they now have an exclusive channel for the battles. Creators, Nice Peter and EpicLLOYD, have been big fans of Weird Al since childhood, and Weird Al enjoys the show as well, having had watched episodes prior to being on himself.

Weird Al appeared in the forty-third episode of Epic Rap Battles of History, Sir Isaac Newton vs. Bill Nye. In this episode, Al played the character of Isaac Newton. 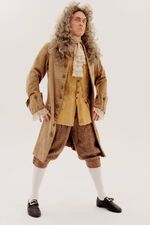 Sir Isaac Newton vs Bill Nye. Behind The Scenes of Epic Rap Battles of History Season 3.
Add a photo to this gallery
Retrieved from "https://weirdal.fandom.com/wiki/Epic_Rap_Battles_of_History?oldid=11143"
Community content is available under CC-BY-SA unless otherwise noted.