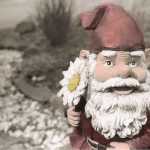 Did you edit the css so that it mentions guestbooks everywhere? That's pretty cool! Talk toBluebry muffin 18:43, 26 February 2006 (UTC)

Hey I made the copyright page at the bottom of the editing screen! I've asked two people to translate it, so we may be able to have it in different languages. It's most likely easier for someone to understand it in their native language, so why not try? People may become users speaking another language as their first. I dunno... Talk toBluebry muffin 02:43, 4 March 2006 (UTC)

Sorry to see you are moving on, is there a problem I can help with? It's not really appropriate to use the site mediawiki messages to advertise your new site, so I've removed this. I've left the main page link though so anyone who wants to see the new Wiki can do. Are you resigning from this wiki? Or just running the two at the same time? -- sannse (talk) 19:35, 7 March 2006 (UTC)

I'm still confused. Why two wikis on the same subject? You will be diluting your user-base this way and you may end up with two unsuccessful wikis rather than one successful one. Are there going to be differences between the two? How do you think this will work? -- sannse (talk) 12:19, 8 March 2006 (UTC)

I left the site notice for a few days, but it's time for it to go. It really is not appropriate to advertise another Weird Al wiki using the site notice. Please don't replace it. Thanks -- sannse (talk) 15:48, 14 March 2006 (UTC)

I got the video for Happy Birthday, here is the site-

An idea: I notice a lot of fans like to imitate Weird Al by doing their own parodies of songs. Perhaps, on this site, could we have something like a "fan fiction" section where fans can post their song parodies for others to see? Millenian 03:30, 8 January 2009 (UTC)

Time for a history lesson: This wikis life story.

Hey, The thing! Just replying to your message about Emo Philips in the music video for "It's All About the Pentiums". He is the guy who "works at a desk with a dumb little placard." I've been giving lots of infomation on your pages and adding heaps. Your wiki rocks keep up the good work. This is BarryTB135, by the way.

Yes, I would like to be sysop :). I won't be making too much edits but I'll do some every few days.

I'm thinking of changing the template for albums & singles to something like this. It will still have the info it has now, but with even more. What do you think?

By the way I will be offline for about Monday to Thursday.

Should we change the album pages to look like this? I'll try to make a template for singles and possibly compilations that would look a lot like the album infoboxes.

When I searched years ago I found nothing so assumed no one had done this yet. Otherwise I wouldn't have bothered making my own. Anyway, no problems just redirecting here. When you click on Wikia and search for Weird Al Yankovic it shows other wikias not related to Weird Al at all appearing before your wikia, despite you having more pages than them. I guess when I searched two and a half years ago, you weren't on the first page of results, so I didn't notice you. Dream Focus 08:57, July 2, 2013 (UTC)

I wanna make a Background for this place. It would have the covers of some Albums. Like It? NewGuy Can You Feel The Love Tonight? 15:27, September 24, 2013 (UTC)

May I be a rollbacker? Because, I've noticed a lot of spammers come here and then post random garbage. up (Like some unneeded parts like (jobs) that I found in the 27 page). And I also see you aren't always active, and I would like to able to help take care of this wiki. -TheNewGuy

I felt that with the release of the new album, you could change your wordmark (temporarily). I made this one:

You may use it if you'd like, also I've made all sorts of wordmarks for different wikis. Also, if you'd like me to make another wordmark not themed around a certain album, a more generic one, for this wiki, I would be happy to.

I figured you may want to have a background to match the new wordmark. It's your choice if you use it or not, but I figured you should at least have the choice. Here it is below:

Hey there! There's a lot of great content on this wikia and I was wondering if you'd mind me spiffing things up a bit on the main page just to show it all off a bit more! I was thinking of doing a new skin and maybe adding some of the content to the main page to help visitors with navigation. I was also wondering if you'd mind me turning on the blogs or forum feature just so people have some kind of space to talk to each other in or to share Weird Al news in. Let me know if you have issues or preferences for how things are done, thanks! Grace (profile)•(talk) 21:47, August 29, 2014 (UTC)

Hello! Sorry this took so long but I got caught up in other projects :) Here is a version of what I was hoping to do on my sandbox. I made the theming a bit more like the colors and font of Mandatory Fun and added some things to the main page to make navigation easier for people visiting the site. I also did a version of a background that is a bit more toned down than the one above, and within the colors of the latest album still. Let me know if you're ok with these changes! Grace (profile)•(talk) 20:30, September 12, 2014 (UTC)

Hey! I noticed that you were admin at the Fresh Prince wiki. Would you mind please making me admin so that I can fix things like colors, wordmarks and background. The wiki currently doesn't have any and it would make it look more official Tysonjackson (talk) 05:34, October 28, 2014 (UTC)

Is this short enough?

PS: I can shorten it

Retrieved from "https://weirdal.fandom.com/wiki/User_talk:The_thing?oldid=11430"
Community content is available under CC-BY-SA unless otherwise noted.